The black wildebeest or white-tailed gnu (Connochaetes gnou) is one of the two closely related wildebeest species. The black wildebeest is typically between 170–220 cm (67–87 in) in head-and-body length, and the average weight is 110–180 kg (240–400 lb). Males stand up to approximately 111–121 cm (44–48 in) at the shoulder, while the height of the females is 106–116 cm (42–46 in).
The black wildebeest is characterised by its white, long, horse-like tail. It also has a dark brown to black coat and long, dark-coloured hair between its forelegs and under its belly.

The black wildebeest is an herbivore, and almost the whole diet consists of grasses. Water is an essential requirement. There are three distinct social groups: the female herds, the bachelor herds and the territorial bulls. They are fast runners, and communicate using a variety of visual and vocal communication. The primary breeding season for the black wildebeest is from February to April. A single calf is usually born after a gestational period of about eight and a half months. The calf remains with its mother until her next calf is born a year later. The black wildebeest inhabits open plains and grasslands. 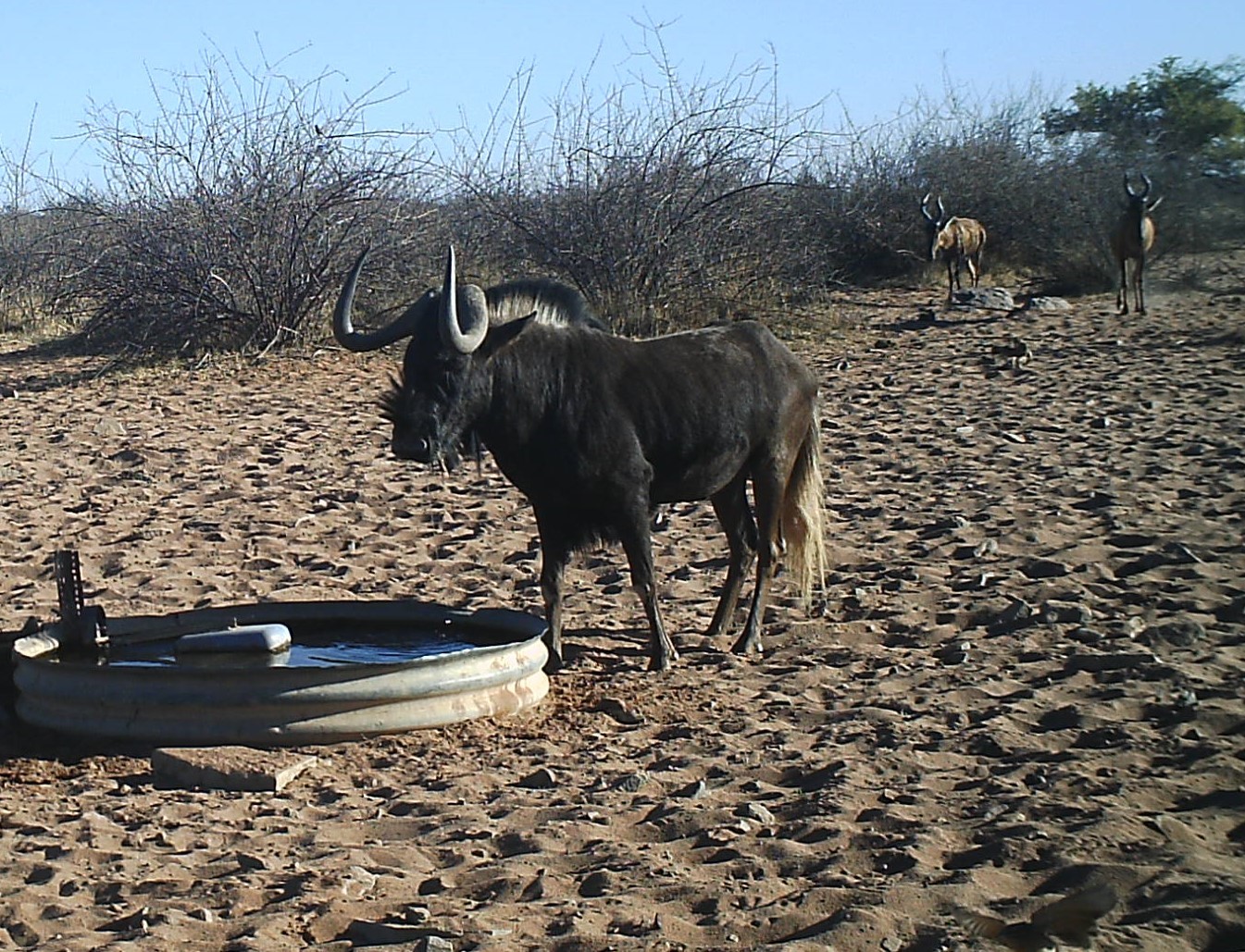