Like many other antelope, male kudus can be found in bachelor groups, but they are more likely to be solitary. Their dominance displays tend not to last long and are generally peaceful, consisting of one male making himself look big by making his hair stand on end. When males do have a face-off, they will lock their horns in a competition to determine the stronger puller; kudus' necks enlarge during the mating season for this reason. Sometimes two competing males are unable to unlock their horns and, if unable to disengage, will die of starvation or dehydration. Males are seen with females only in the mating season, when they join in groups of 5–15 kudus, including offspring. Calves grow very quickly and at six months are independent of their mothers.

A pregnant female will leave the herd to give birth to a single offspring. She will leave the new-born lying hidden for 4–5 weeks while coming back only to nurse it, which is the longest amount of time for any antelope species. Then the calf will start meeting its mother for short periods. At 3 or 4 months, the calf will be with its mother constantly, and at about six months they will permanently join the group.

The Kudu are affected by rabies which can have a great influence on the number of animals you find in an area. Such an outbreak occurred in 2015 on huntingfarm Kachauchab and 2/3`s of the population died. Because of their social behaviour mainly kudu is affected in an area, Hunting on Kudu therefore is mainly done on the concession farm Lichtenstein-Süd. 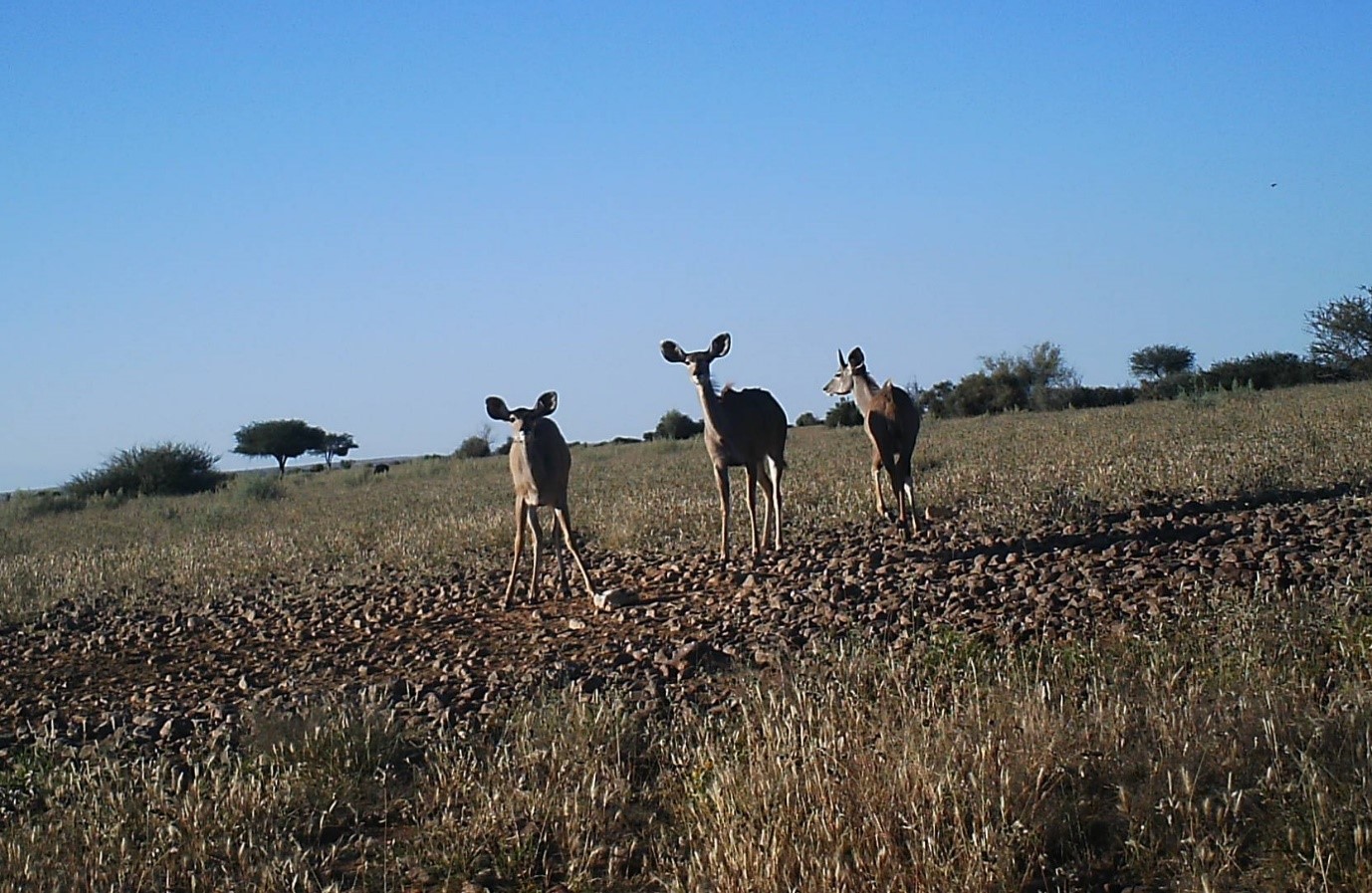