The blue wildebeest (Connochaetes taurinus), also called the common wildebeest, white-bearded wildebeest or brindled gnu, is a large antelope and one of the two species of wildebeest. It is placed in the genus Connochaetes and family Bovidae and has a close taxonomic relationship with the black wildebeest. This broad-shouldered antelope has a muscular, front-heavy appearance, with a distinctive robust muzzle.They like open plains and gras savanna and is known for their gnu-run in East Afrika-of which many videos and films exsists. Young blue wildebeest are born tawny brown, and begin to take on their adult colouration at the age of two months. The adults' hues range from a deep slate or bluish grey to light grey or even greyish brown. Both sexes possess a pair of large curved horns. The Blue Wildebeest reaches a bodyweight of up to 220kg (males) and 180kg (females). 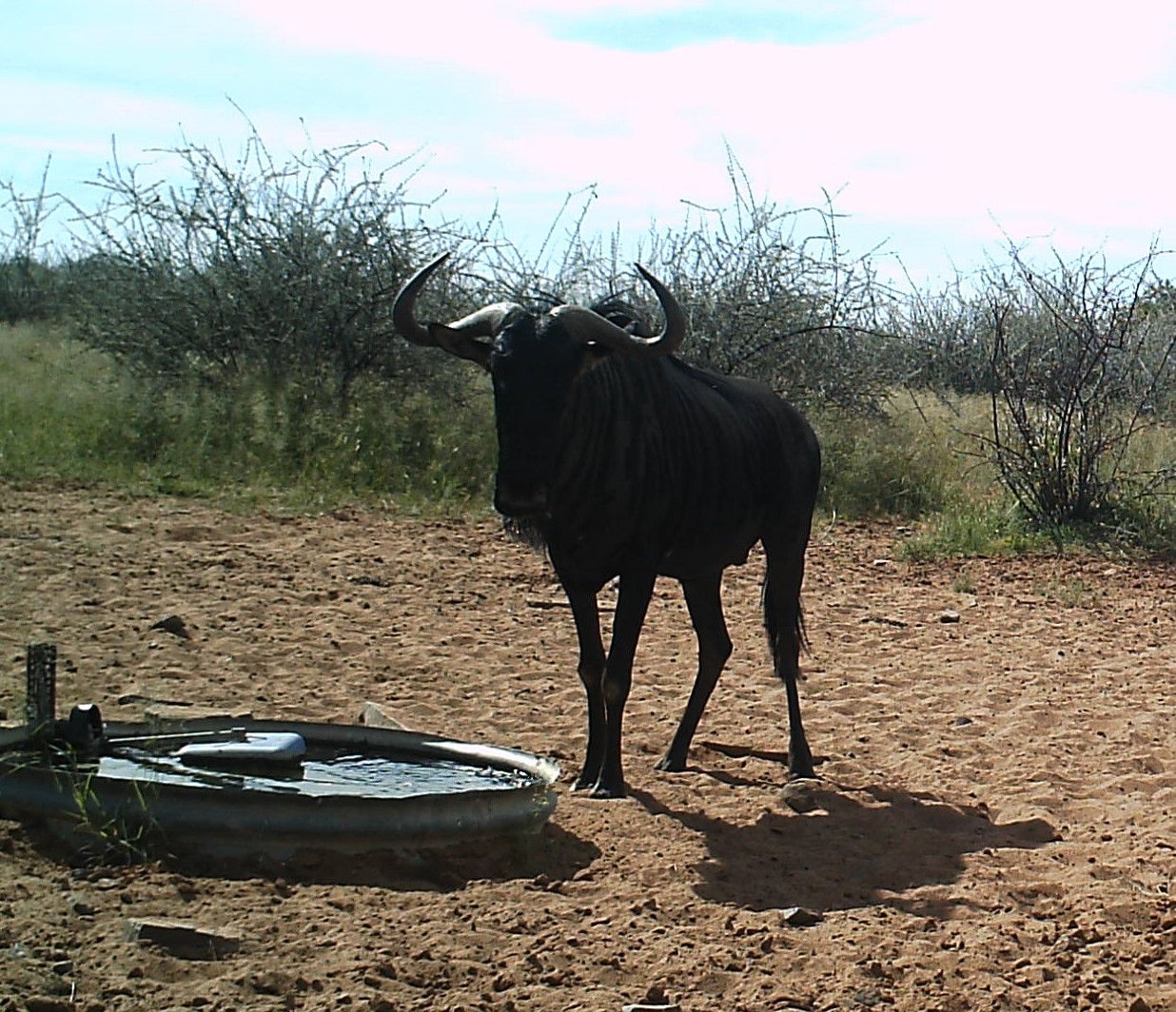